My consulting practice mainly consists of inspecting “wet” buildings of all kinds from homes to factories, from Maine to Honolulu, including California, Idaho, Texas, Iowa, New york, and everywhere in between — including Canada! I have a lot of fun. There are so many ways to screw up a building. Over the years I have consulted on over 2,000 wet buildings. All of the wet buildings that I consult on have humidity levels above 30 percent in buildings north of St. Louis.

The moisture problems — usually rain indoors during the cold weather — is the result of excessive indoor humidity.

The good news is that fiberglass insulation, after it dries out, is as good as new. The thermal value returns to normal. The drying occurs during the hot summer weather. Fall is the best time to correct the cause of the problem — the excessive humidity.

So what are the usual causes of the excessive humidity? I’m so glad you asked! 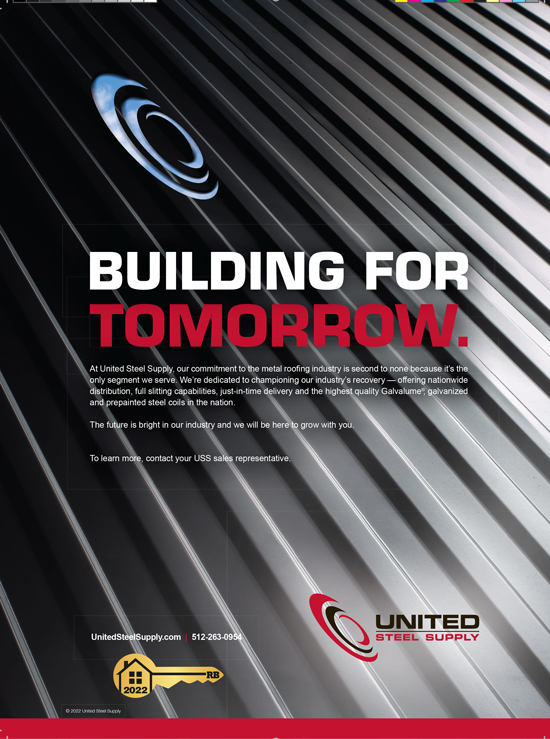 A direct-fired heater is a heater where there is no vent or chimney and the products of combustion (carbon dioxide and water vapor) are vented into the occupied space. A one million BTU heater (either propane or natural gas), over a 24-hour period, puts a ton or more (2,000 pounds) of water vapor into the building.

Where does this ton of water go? It finds all of the vapor barrier facer holes, quickly travels through the fiberglass, and condenses on the steel deck. Then it rains. These units are great for my consulting business!

(From the North American Combustion Handbook)

When you burn one of these hydrocarbon gases, the fuel chemically combines with the oxygen in the combustion air to form water vapor (H2O). For a typical 1 million BTU/hr. natural gas burner the combustion process releases approximately 90 pounds of water per hour. In a 24-hour period that adds up to over a ton of water that a direct-fired unit puts into the building. Propane produces twice as much water vapor than natural gas on a pound per pound basis. Propane is heavier than natural gas but has a higher BTU content:

Calculating the quantity of water vapor in the exhaust gas for a million BTU burner in 24 hours:

So depending upon the fuel, burning 1 million BTU/hour in a direct-fired unit puts between 1 and 2 tons of water vapor into the building per 24-hour day. Waving a magic wand over the unit is not going to change this. The magic wand approach is taken by some manufacturers of direct-fired heaters.

For several months after a concrete floor is poured, during the curing process, the concrete gives off water vapor to the building interior. This is frequently the cause of dripping when the floor has been poured in November and December. This is made worse when someone uses a torpedo heater (direct fired) in January and February to heat the building under construction.

Dirt floors in a building act like an infinite humidifier. This is a frequent problem in health clubs or tennis buildings when somebody forgets to put a heavy-duty polyethylene vapor barrier under the floor.

In the Southern U.S., Gulf Coast, Florida, up the East Coast to Myrtle Beach, the excessive humidity comes from outdoors. If the insulation vapor barrier system is inadequate and/or was full of holes, things get very wet and moldy.

When was the last time you saw an architectural drawing with details on how to seal the vapor barrier at wall/ceiling junctions? Or wall/foundation junctions? Or etc., etc.? I made several trips to Western Iowa where the lack of insulation/vapor barrier details on a hospital building cost $10 million to fix. We had the contractor remove every brick on the walls, the black soaked gypsum board, as well as the saturated fiberglass. The walls had to be rebuilt from the exterior with just sheet rock between the contractor and the hospital patients. That’s one project the architect will never forget.

There are countless other sources of water in buildings that result in excessive humidity: humidifiers, water on the floor, water used in the process of building, pools, ice rinks, roof leaks from ice dams, etc.

No discussion of wet buildings is complete without the issue of mold. The technical term is fungus. Some people get scared silly when they think there is fungus in their building. Their first phone call is to a lawyer.

There are good fungi, like bleu cheese, mushrooms, and yeast. Reportedly there are over 100,000 different fungi. Some molds are deadly, some are good to eat (see above). I have met a few people who are hypersensitive to many types of mold. Young children and some old fogies (like me?) can be quite sensitive to some molds. Several years ago after consulting on a very moldy Texas nursing home I went home and spent nine days in a hospital. I did not charge my client for those nine days.

That being said, most molds are not a big deal.

Well, hasn’t this been fun — reading about some of the (expensive) issues of wet buildings. The good news is all of these sources of moisture problems have solutions.

On one metal building in Fargo, North Dakota, the solution to the interior rain was to turn on the switch to the existing ventilation fans. Other buildings, the solutions were not so simple. On others, lawyers were hired and juries were called.

In Part 2, in an upcoming edition of Rural Builder, we will discuss the solutions to wet metal building problems.

Lastly, let me assure you, from my experience, buildings constructed of concrete and wood will have moisture problems that can be very expensive to fix. These problems basically have the same causes I have discussed above.