August 10, 2021
The Hershey's Metal Meister area was bustling with activity for the duration of the show.

Big news came in mid-May, when it was announced the mask and social distancing restrictions would be lifted in Ohio at midnight, June 1 — just before show setup. “It was great to finally get the restrictions behind us and have a live and in-person show,” said show producer Gary Reichert. “Virtual may be the future, but there is no substitute for seeing living, breathing people face-to-face.”

Rollforming Magazine managing editor Sharon Thatcher revealed, “This was our first show since the pandemic sidelined trade shows last year. Most everyone was a little apprehensive going in, not only because of lingering Covid concerns but because of the temporary move to a month that is typically dedicated to construction work rather than shows. We wondered if the vendors and visitors would show up.”

Some exhibitors chose to sit this show out, but those who did were pleased with the action at the show. It was evident that exhibitors and attendees were not only ready — but eager — to do business. There was a significant crowd waiting when the show opened.

“Although not everyone showed up, it was a bona fide success: Attendance was within 20 people of matching our first show in 2019, and we’ve received feedback from many sources that are overwhelmingly positive about the quality of exhibitors and the quality of visitors who came to buy,” explained Thatcher. “It’s a small show but a very laser-focused show where business gets done.”

“Despite all of the challenges,” said Reichert, “the turnout for the show was good. More importantly the quality of the attendees amazed the exhibitors.

“The story that I think summed up the show,” he continued, “was when I was talking with an exhibitor and a potential customer arrived. I excused myself, saying ‘Now you have somebody important to talk to.’ The new guest pulled out a check and said, ‘I’m done talking.’ That example is a good indication of the show in its entirety. And it demonstrates just how strong our sector of the construction industry currently is.”

Plans are already in the works for the third Construction Rollforming Show, which will be held in October 2022. As plans develop, updates will be published in Rural Builder and posted at www.constructionrollformingshow.com. 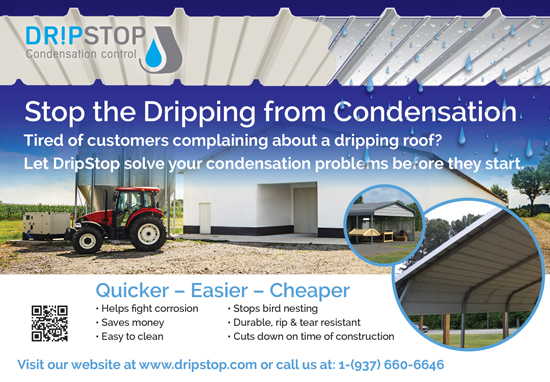