Launching something new is always exciting

Launching something new is always exciting, and usually fun.  In this case it is a bit of a stretch to call Metal Builder new.  Metal Builder (MB) was a section in Rural Builder starting in 2006 that featured a metal building contractor each month.  In 2007 it became a supplemental magazine that would polybag with Rural Builder and continued until 2011.  The supplement emphasized all aspects of metal in construction.  It was a natural potential sister publication, and it would fill the same niche for metal that Frame Building News filled for post frame, covering light gauge, red iron, SIPs and virtually everything that could be considered a metal building.

September 15, 2008, Lehman Brothers filed bankruptcy and the “Great Recession” put a huge dent in construction.  During the recession in 2009 steel prices plummeted from $175 per metric ton to $55 per metric ton.  When the economy came back, it went from a -2.4 decline to growing 2.6%.  Unfortunately that growth was accompanied by steel going to nearly 200 per metric ton in 2011.  That increase in material costs crushed the metal building industry and Metal Builder as a viable section of the magazine. 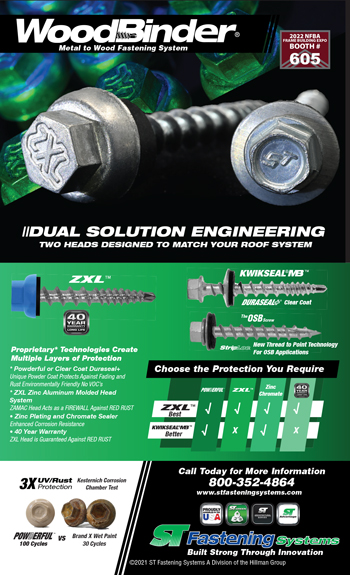 Eleven years later it is time to bring Metal Builder back to life.

Metal Builder will run as a quarterly section in Rural Builder for the remainder of 2022 and launch as a separate new magazine in 2023.  I hope you enjoy the oldest, new member of the Shield Wall family. MB