What Are the Tax Ramifications of Trading, Selling, or Disposing of Assets?

It is no surprise that many builders and contractors fail to understand the tax ramifications of disposing of business property. Under our often confusing and complex current rules, there are numerous ways to dispose of business assets, such as selling, scrapping, exchanging it for another business asset or even giving it away. That’s why it is important to consider asset dispositions before they happen.

If proof is required, new, more restrictive rules created as part of the 2017 Tax Cuts and Jobs Act (TCJA), mean that a rural building business can no longer treat trade-ins of business vehicles, equipment or machinery as a non-taxable event. Instead, when the old assets are traded for a new one, income taxes must be paid on the gain, if any.

Even with a simple sale, the tax treatment can be quite complex. The legal structure of the building business determines the tax rate that applies on capital gain income. Unlike individuals who enjoy preferential tax treatment for long-term capital gain, incorporated businesses have capital gains added to the operation’s ordinary income and are taxed at the corporate tax rate.

The capital gains realized by pass-through entities, such as partnerships and S corporations, flows through to the owner’s individual income tax return. Therefore, the capital gain income is taxed at rates that apply to individuals.

In most cases, gains and losses are netted against each other. If the ultimate result is a net loss, that amount is fully deductible against ordinary income. If the result is a net gain, then the income is considered long-term capital gain, which is more favorable than ordinary income treatment. Of course, if there is gain on the sale of tangible personal property, tax is levied in two ways:

• Property held long-term is taxed as a capital gain and qualifies for special tax rates.

• Part is taxed as ordinary income. 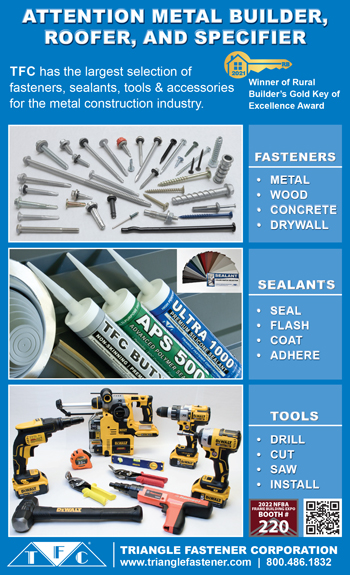 Any builder or contractor can, of course, elect not to use the installment method of reporting sales by including all the gain in income in the sale year. Many building businesses, however, generally sell their unused or unneeded equipment, machinery and other business assets on the so-called installment method, creating income as payments are received.

The amount of gain from installment sales is measured once (gross sale proceeds minus selling expenses) and is expressed as a gross profit percentage. This percentage is then applied to each payment as it is received and gain is included in each year in which the seller receives a payment.

In almost all cases, the buyer in an installment sale will compensate the seller by incorporating interest payments into the transaction. This interest paid by the buyer is taxed separately at ordinary tax rates, while the actual gain is taxed at the individual short-term or long-term rates, depending on whether the length of time the underlaying asset was held. Again, it’s ordinary income treatment for incorporated businesses.

In order to qualify as an installment sale under our tax rules, the seller sells property to a buyer and must receive at least one payment in a year other than the sale year. However, while most building businesses can usually sell assets on the installment method, that doesn’t apply to inventory-type property. A builder or contractor can, for example, sell one of his or her vehicles on the installment method, but not a pre-fabricated shed or building created for sale.

It wasn’t too long ago, before the passage of the TCJA, that a building business would exchange so-called “like-kind” business property and be able to defer any taxable gain until the property was ultimately sold. Deferring a tax bill for the gain from a sale until a later year can, in many cases, reduce the amount of tax as opposed to reporting the entire gain in the current tax year when profits and/or tax rates may be higher.

Beginning with exchanges after the December 2017 passage of the TCJA, deferring recognition of gain using a like-kind exchange will only work with real estate. Real estate, called real property by the IRS, includes land and generally anything built on or attached to it.

With a Section 1031, so-called “tax-free” exchange, rather than paying taxes when a capital gain is realized, those proceeds can be reinvested into an asset of a similar value or “like-kind.” Unfortunately, as mentioned, after January 1, 2018, exchanges of personal or intangible property such as equipment machinery, vehicles, etc., no longer qualify for nonrecognition of gain or loss in like-kind exchanges. Under the new law only real estate qualifies.

In order for property to be abandoned two things must occur. First, the property’s owner, the building business, must take action that clearly shows it has given up rights to the property. Second, the owner must show intention that demonstrates that they have knowingly relinquished control over it.

In other words, the abandoned property’s owner must take clear, decisive action that indicates they no longer want the property. Inaction, that is, failure to do something with the property, or non-usage, is not enough to demonstrate that right to the property has been relinquished — even where such non-use has occurred for years.

A condemnation is generally defined as the taking of private property for public use. If the builder or contractor disposes of property because of imminent condemnation of the property, then the business must provide evidence that the condemnation was decided by the authorities and the it reasonably believed that the property would be taken.

If business property is completely destroyed or stolen, loss is calculated by figuring the property’s adjusted basis or book value. This is usually the original price, plus any increase in value to account for improvements and minus a decrease such as for depreciation claimed.

A casualty loss is the result of an identifiable event that is sudden, unexpected or unusual which cause damage, destruction or loss of property owned by the builder or contractor. The TCJA greatly reduced the casualty loss deduction for losses to personal property. Fortunately, the new restriction does not apply to casualty losses to business property such as buildings, equipment or vehicles used by the building business.

PAYBACKS CAN BE EXPENSIVE

Depreciation recapture is a provision in U.S. tax law that allows the IRS to collect taxes on any profitable sale of business assets where a fast or bonus write-off has been taken. Since depreciation of an asset reduces ordinary income, a portion of the gain from the disposal of the asset must be reported as ordinary income, rather than the more favorable capital gain.

Our tax laws lay out recapture rules for two types of depreciable property: personal and real property that performs specific functions (Section 1245) and buildings and their structural components (Section 1250).

• Section 1245. For all depreciable property that is sold, the building operation or business must recapture or pay back the portion of the gain that resulted from earlier depreciation deductions as ordinary income.

Unused, unworkable, unrepairable or obsolete business property can be disposed of in a variety of ways. Under our tax rules, a disposition occurs when a builder or contractor sells, exchanges, retires, abandons, suffers an involuntary conversion or destroys his or her business property. Each has tax consequences and, thanks to the complexity of the tax rules, professional guidance may be necessary to reap the most benefit and smallest tax bill. RB

Mark Battersby has more than 35 years experience in small business issues, tax and financial matters. Contact him at 610-789-2480 or [email protected].

Busting the Myths Around Steel Options for Residential Builds