The 100 percent additional first-year depreciation deduction generally applies to expenditures for movable fixtures, furniture, safes, equipment, computers and other business assets that have no permanent connection to the building housing the building operation and that are depreciable over 20-years or less.

While the 100 percent bonus write-off created by the 2017 Tax Cuts and Jobs Act (TCJA) has helped lower the tax bills of builders and contractors who have purchased assets for their businesses, it may not be the best strategy for everyone.

After extensive changes, the rules now contain a 100 percent first-year deduction for business property placed in service during the tax year. Prior to the passage of the TCJA, business property eligible for 100 percent “bonus” depreciation included depreciable assets with a tax life or “recovery period” of 20 years or less. Other property eligible for the 100 percent write-off included computer software and so-called “qualified improvement property” where the original use began with the building business. 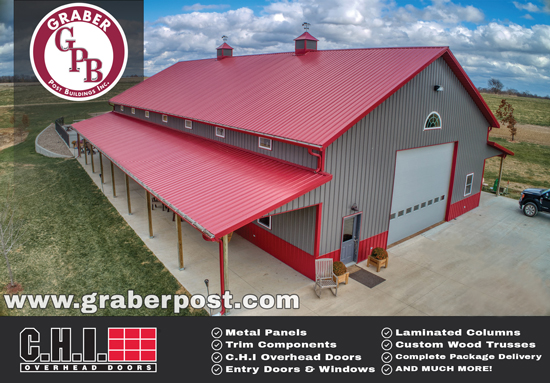 The new guidelines not only clarify the requirements for qualifying property, but now also include used property. In fact, the law not only increased the additional first-year write-off from 50 percent to 100 percent of the cost, it also made most used property eligible.

Another change eliminated the “original use” requirement, allowing a builder or contractor to now take advantage of bonus depreciation on used property acquired during the tax year. This property may not have been used previously by the business and cannot have been acquired from a related party or in a tax-free transaction such as a swap or like-kind exchange.

Under the rules, “use” is defined as having a “depreciable interest in the property at any time prior to such acquisition.” This rule applies whether or not depreciation has been previously claimed.

Although the definition of “previous use” is very broad and the rules do not consider “used property” to be a separate class for opting out of bonus depreciation, are the benefits resulting from the 100 percent write-off for used property worth the hassle of tracking?

After all, the new guidelines outline the requirements for used property while, at the same time, raise questions and place new burdens on unwary building business owners and managers. It now appears the rules will require tracking every used asset ever owned by the shop or business from before the passage of the TCJA until such time as bonus depreciation is phased out or the used property rules are changed.

Naturally, if the property is so-called “listed” property, it must be used more than 50 percent of the time in order to qualify for bonus depreciation. Listed property consists of automobiles and other personal property — with the notable exception of computers which are no longer listed property and not subject to the 50 percent business-use requirement.

The TCJA eliminated the three subclasses of qualified property, leaving only so-called “Qualified Improvement Property” (QIP). Introduced in 2016, Qualified Improvement Property refers to any improvement made to a building’s interior. Improvements do not qualify if they are attributable to the enlargement of the building, an elevator or escalator or the internal structural framework of the building. The definition of QIP was also broadened to include roofs, HVAC systems, fire and protection alarms, and security systems.

Thanks to the so-called “Section 179” rules, builders and contractors have historically been able to immediately deduct the cost of equipment and other business assets purchased for use and placed into service in their operations. What’s more, this deduction can also be used for purchases of used equipment.

The TCJA increased the dollar limits on the Section 179, first-year expensing write-off to $1 million (up from an inflation-adjusted $510,000). What’s more, the investment-based ceiling now kicks in only when expenditures for expensing-eligible property exceeds $2.5 million (up from $2,030,000).

These ceilings remain in effect through 2022 after which they will gradually phase-out until the 2027 tax year when the prior depreciation schedules are slated to kick back in. And, no, a building business cannot select specific assets to claim Section 179.

A valid election out of bonus depreciation can be made by filing a statement for an entire class of property. A recent IRS ruling (Rev. Proc. 2019-33) does not specifically limit the revocation to property within a class, only that the property be acquired and placed in service after September 27, 2017.

Ordinarily, builders or contractors choosing to make a late election out of bonus depreciation, or revoke a previous election out, were required to file a letter requesting IRS permission, a request based on reasonable cause. The new rules for opting in or out dispense with this requirement.

Obviously, owners or operators of building businesses must view their particular situation to determine whether it makes sense to take advantage of the new IRS relief for an earlier year  —  or in the current tax year.

CAVEAT: EXPENSING IS NOT ALWAYS THE BEST OPTION

Write-offs, whether for all of the fixtures, equipment or other business property acquired during the tax year or for specific classes of property, may not always be the best option for a business. Although the write-offs under the TCJA are helping building businesses that have purchased new fixtures or equipment defray out-of-pocket costs with significantly larger tax deductions in year-one, it may not always be the best strategy.

After all, that immediate expensing deduction drops the book value or basis of the business asset to zero. If the asset is sold, any amount up to the purchase price will be ordinary, fully taxable income. Spreading the expense through annual depreciation deductions will reduce taxable income down the road when the building operation or business may be more profitable and have higher tax bills.

Professional assistance may be needed to weigh the benefits of 100 percent bonus depreciation, the new lookback option, or decide whether Section 179 might be a viable option. Or, would ignoring the faster write-offs be the most profitable course of action for the building business?

Getting A Head Start On Tax Savings